The “Murales” Of Orgosolo

In Sardinia, there is a little town of 4,500 inhabitants and more than four hundreds wall paintings.

Orgosolo was known for its high crime rate and still has the reputation of being the municipality of the “bandhidu sardo” (Sardinian Bandits). It is said that the bandits from the surrounding mountains came to place the death letters they destined to their enemies on the church’s doors. With a local economy mostly based on goat hearding and a barren land, it used to be a poor place, which could explain the well-known reputation for banditry.

Nowadays, Orgosolo is mostly known for its “Murales”. The first drawing was created in 1968 by anarchist group Dioniso from Milano. In 1975, for the 30th anniversary of the end of the war, Francisco Del Casino and his elementary school students created other paintings with the help of local artists and the Le Api collective. Since then the townsfolk continue to express themselves through numerous paintings. From the Vietnam war to the French revolution, they depict international matters as well as local politics, even simple sceneries from their surroundings or old photographs of the elders.

The style of these paintings is very eclectic. Reaching from Picasso to Obey, almost any art school (including modern, classic, cubism or super-realism) can be found here; in a way each wall has its own style. Sometimes they depict a specific event, other times they copy an existing painting but they always invite the viewer to a place where art and political awareness are important. 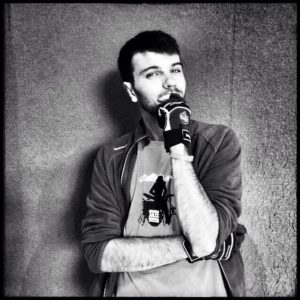 Here we feature the work of Antonin Bouix, as it was published in the second edition of the Raging Platypus magazine. Antonin is an eternal wanderer, he takes his camera from the deep jungles of French Guyana, to the very urban ones of Paris. If you liked his work here we strongly suggest you check out his website and his instagram for more amazing shots.

The secrets of Harrar